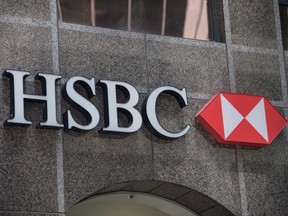 The Big Six banks would be the most likely candidates to pursue a takeover of HSBC Holdings PLC’s high-earning Canadian operations, but not all have the same motivation to strike a deal, analysts said Tuesday after the British financial services giant confirmed reports it was exploring a potential sale of the unit.

“We are currently reviewing our strategic options with respect to our wholly owned subsidiary in Canada,” a spokesperson for the bank said in a statement. “Amongst the options being explored is a potential sale of HSBC Group’s 100 per cent equity stake in HSBC Bank Canada…. The review is at an early stage and no decisions have been made.”

While it is far from HSBC’s biggest business line, the Canadian unit has been the third-largest contributor to commercial banking profits globally and Bloomberg News reported that it could be worth as much as US$10 billion.

Analysts called the potential sale a “rare opportunity” to acquire a large Canadian lending institution, with National Bank of Canada analyst Gabriel Dechaine noting he expects every big bank to at least kick the tires — though not all may be in the right capital position to throw their hat in the ring.

“Hard to see (the Bank of Montreal) and (Toronto-Dominion Bank) making a serious run, considering they are hoping to close large U.S. acquisitions later this year,” Dechaine said.

“(Royal Bank of Canada) seems the most obvious given its large excess capital position, and the potential size of HSBC Canada relative to its market capitalization is far from a ‘bet the farm’ situation.”

TD announced in February it would be expanding its U.S. footprint through an all-cash US$13.4 billion deal for First Horizon Corp. Previously, BMO had announced late last year that it was acquiring Bank of the West for US$16.3 billion in one of the largest transactions ever for a Canadian bank.

In an Oct. 4 morning note to clients, Dechaine argued that RBC’s $12 billion in excess capital towers over the roughly $2 billion that each of Bank of Nova Scotia, the Canadian Imperial Bank of Commerce and National Bank’s have on hand. However, RBC may face a higher regulatory hurdle than other banks due to competition concerns.

While domestic banks would be considered the frontrunners, Dechaine did not discount the potential for a foreign player to covet the assets, though many have already scaled back in Canada.

“We do not believe any European or U.S. banks would be interested, as these players have more of a track record of exiting Canada,” Dechaine wrote. “If anything, we could see a large Chinese bank expressing interest.”

Dechaine added a Chinese bank may have more of a “strategic appetite” with fewer synergy costs concerns, though could face snags when it comes to regulatory approvals.

Nigel D’Souza, financial services analyst at Toronto-based Veritas Investment Research, does not believe an international bank would bother with the deal since competing with the Big Six has proven too challenging. D’Souza said he too sees RBC as the best match, but believes the timing might be wrong given mounting macroeconomic headwinds.

“While RBC has sufficient excess capital to make the deal work, management may be risk-averse given building recession risks and may not be willing to acquire a book of business underwritten by another bank,” D’Souza said. “The timing and size of this deal make a transaction unlikely but not impossible.”

D’Souza added that HSBC Canada may need to split assets among several buyers to facilitate a deal.

Recession fears or not, there could be big benefits to acquiring HSBC Canada, including the chance for a bank to expand its footprint geographically in areas like British Columbia, where HSBC has 35 per cent of its loan volume, far above the average bank’s volume of 16 per cent, Dechaine pointed out.

That kind of opportunity, Dechaine said, “could lead to more aggressive bidding than expected.”