Most Powerful Women to Watch: No. 8, HSBC’s Kavita Mahtani 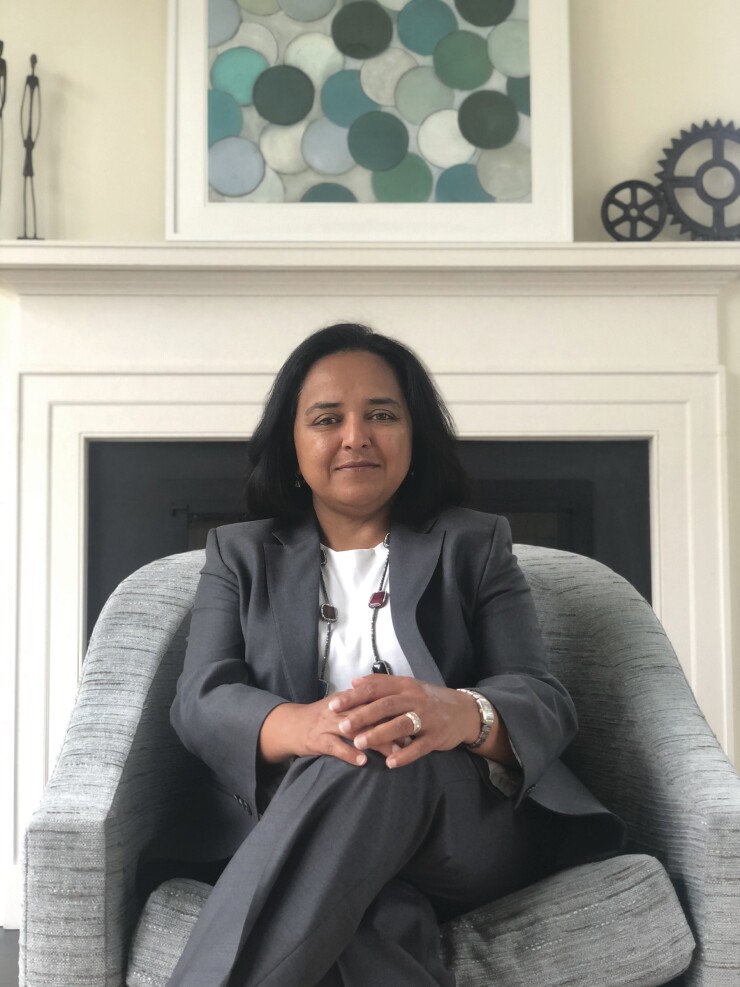 Last year, HSBC USA — as part of a three-year transformation to cut costs and streamline processes — made the decision to exit its U.S. mass market retail banking business. This ultimately meant selling 80 East Coast branches to Citizens Bank, and another 10 branches on the West Coast to Cathay Bank. Kavita Mahtani, CFO of the Americas for HSBC, played a crucial role in making these sales happen —  from identifying potential buyers at the start of the process to transitioning employees and customers at the end. The sales closed in February of this year.

Overall,  Mahtani — who has held the CFO role since October of 2019 — said the progress made on the transformation project is one of the achievements  she is most proud of. “We initially embarked on this program in February 2020 to make HSBC USA a more focused, simpler and sustainably profitable organization,” she said. “Even in the midst of the pandemic, we’ve stayed on track and achieved many milestones ahead of schedule. Because of the work we’ve done over the last two years, our U.S. business is now sustainably profitable and we’re focused on investing and growing in areas where we have a competitive edge.” This includes a focus on banking and wealth management for high net worth clients.

Since the program launched, the U.S. business division has saved more than $500 million in costs through 2021, and achieved $25 billion in risk-weighted asset reductions during that same time.

Before joining HSBC — which has assets of over $240 billion — Mahtani spent over a decade in various roles at Citigroup, including CFO of the corporate and investment bank and head of asset/liability management, corporate treasury.

In her nearly 30-year career in the industry , Mahtani said she’s seen a lot of progress in creating a more gender-balanced workplace. That said, she added, there is still  more  work to be done. To that end, HSBC has partnered with the United Nations HeForShe Alliance, through which the bank  has committed to achieving 35% female representation in global senior leadership roles by 2025. Mahtani is also a part of HSBC’s Accelerating Female Leadership program, which supports women looking to move into senior management roles.

“Supporting, retaining and developing women is more critical than ever,” Mahtani said.